Manga inspired metal moshers RISE OF THE NORTHSTAR released their debut album ‘Welcame’ back in November of last year and the band are now pleased to announce the release of their killer new video for the track ‘Samurai Spirit’. Watch Vithia and the gang do what they do best, here:

RISE OF THE NORTHSTAR’s new album ‘Welcame’ was mixed and mastered by renowned producer Zeuss (MADBALL, HATEBREED, EMMURE) and peers and label mates are suitably complimentary about the new release:

“ROTNS really know how to bring that old thrash sound current! Their NYHC influenced style mixed in with their original mojo is something that appeals to many extreme music enthusiast world wide! Killer band!”
Roger Miret | AGNOSTIC FRONT

“What a sick mixture of some of the greatest influences from the 90’s, I love what they are doing!”
Billy Graziadei | BIOHAZARD

“Hardcore will never die as long as bands like ROTNS are carrying the torch. A crushing album!”
Mille Petrozza | KREATOR

“This is some HEAVY stuff with a youthful, hip hop kind a flare/flavor, what can I say…they definitely demonstrate their saiya style!“
Freddy Cricien | MADBALL 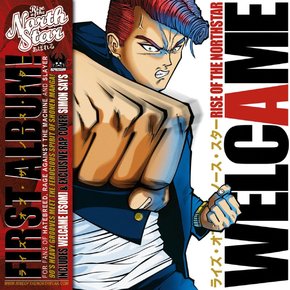 RISE OF THE NORTHSTAR RELEASE NEW VIDEO FOR ‘SAMURAI SPIRIT’

Bullet For My Valentine + Tesseract + Bleed From Within @ Eventim Apollo, London