Finnish black metal scene and featuring a couple native veterans, Obscure Burial are fittingly named: the quartet unloads an arsenal of ancient black/death magick, drawing influence from the fuck-off-forever sounds of Necrovore, Profanatica, Sadistic Intent, and early Possessed, piling on miles of filth and obscurity atop.
As such, the title Epiphany is also fitting, as this four-song demo reveals a young band hungry for the olden ways and rabidly committed to putting their own personal spin on it. And song titles like “Night Queen” and “Demonic Incantation” should say more than enough – revel in Obscure Burial‘s Epiphany! 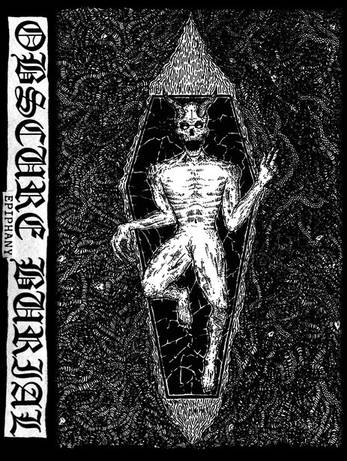